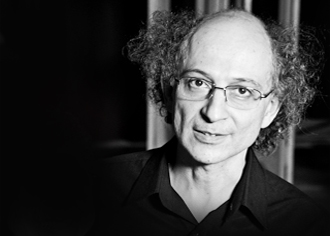 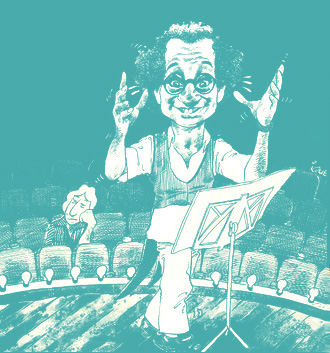 Tim studied musical theory and piano at the Federal University of Rio de Janeiro (UFRJ) from 1976 to 1978, while also studying at the Villa-Lobos School of Music.

Þ                      In 1983 his music for the plays, Will and A Porta (The Door), earned him a Mambembe Award. He has taken part in various festivals of contemporary music both in Brazil and abroad, most notably the Festival Sonidos de las Amerícas Brasil, which was held in April 1996 in New York. During the festival, Tim presented two of his works at Carnegie Hall’s, Weill Recital Hall.

Þ                      In 1995, Tim was awarded a Rio-Arte grant to write a children’s opera. The result – A Orquestra dos Sonhos (The Dream Orchestra) – was staged at the Centro Cultural Banco do Brasil. It was the first children’s opera to be released in CD format in Brazil, inaugurating the Pianíssimo label. His children’s musical, Papagueno, received the 1997 Mambembe Award for best book and the Coca-Cola Award for best music. Also in 1997, he won two of the five Mambembe trophies presented to the year’s best shows, for Papagueno and A Orquestra dos Sonhos. The latter also earned him a Golfinho de Ouro Award, given by the Government of the State of Rio de Janeiro.

Þ                      Tim’s “street” opera, O Homem que Sabia Português (The man who knew how to speak Portuguese), for which he wrote both the music and libretto, premiered in 1998. It was awarded two Sesc/Sated Awards (Belo Horizonte), one for best book and the other for best music and in 1999 earned the Shell Award (Rio de Janeiro) for best music. Tim’s opera to his own libretto, A Redenção pelo Sonho (Redemption through Dreaming), debuted at Sesc Ipiranga in São Paulo. Commissioned by Sesc, the opera is about the life and works of Monteiro Lobato.

Þ                      Translated and directed by Tania Costa, Pianíssimo became the first children’s play ever to be presented at the Comédie Française in Paris since its foundation. Ms. Costa also staged Papagueno, which toured a number of cities in France in 2002 and 2003. That same year, Tim wrote another children’s opera, O Cavalinho Azul  (The Little Blue Horse), with a libretto based on the homonymous play by Maria Clara Machado. It was performed at the Tablado Theater in Rio de Janeiro.

Þ In 2002, together with Arrigo Barnabé and Guto Lacaz, he wrote and staged the opera, 22 Antes Depois (22 Before After), at Ipiranga Sesc in São Paulo, in commemoration of the eightieth anniversary of Brazil’s 1922 Semana de Arte Moderna (Modern Art Week). In November of the same year, his CD, Romance Policial (Crime Story), containing seven theater pieces, came out on the Pianíssimo label. The first release by the Quinteto Tim Rescala, Desritmificações, was released in 2003 on the same label. Another Pianíssimo title–Contos, cantos e acalantos (Stories, songs, and lullabies)–earned José Mauro Brant and Tim Rescala the 2002 TIM Award for Best Children’s CD.

Þ In 2004, Tim wrote both lyrics and music for the children’s musical, A Turma do Pererê (The Pererê Gang), based on a book by Ziraldo. Met by both public and critical acclaim, the play was also recorded on CD that same year by the Pianíssimo label.

Þ In 2006, Tim did the music for TV Globo’s children’s program, Sítio do Picapau Amarelo. The soundtrack came out on the Som Livre label. He was responsible for general direction of the Multimúsica project for the second year in a row.

Þ In 2007, as part of the Bem me quer Paquetá project he wrote the musical, A moreninha, based on the homonymous novel by Joaquim Manoel de Macedo. That same year, he composed the music for the animated film, Histórias da unha do dedão do pé do fim do mundo (Stories of the big toenail from the ends of the earth) by Evandro Salles and Marcia Roth, made especially for the exhibit, Arte para Crianças (Art for Children). He created and directed the audio-visual performance, Fuga a sete vozes no labirinto de Escher e Borges (Seven-voice fugue in the labyrinth of Escher and Borges), for Rio’s Oi Futuro project. He took part in founding the Brazilian Association of Composers of Music for Audiovisuals, known as Musimagem Brasil.

Þ In 2008, he did the music for a new film, Sobre dois quadrados (About two squares), which was part of a re-edition of the Arte para Crianças exhibit. His opera, A Redenção pelo Sonho, was restaged to great success at the Palácio das Artes in Belo Horizonte and at the Teatro Nelson Rodrigues in Rio de Janeiro. He composed the music for the mini-series, Capitu, by Luiz Fernando Carvalho; the soundtrack was released by Som Livre.

Þ In 2009, he worked as an actor, scriptwriter, and musical producer for the Globo-sponsored telethon, Criança Esperança (Children’s Hope). He wrote the script and provided both musical and general direction for the children’s show, Une, Dune, P de Poesia (One, Two, P for Poetry), for Sesc Pompéia, São Paulo. He directed two concerts by the Federal Fluminense University’s National Symphony Orchestra: Música brasileira para cinema e televisão (Brazilian music for film and television) and Brincando de Orquestra. He created and directed the second edition of the Multimúsica project, which included five educational shows about classical music, performed at Sesi schools under the sponsorship of Firjan. In commemoration of Brazil’s National Culture Day, and also under commission to Firjan, he created an installation called the Chronological Piano, where each keystroke shows a bit of the history of Brazilian music. He wrote, Suprematism: 34 drawings, the music for the third and final animated film of the Arte para Crianças exhibit. He was both musical director and pianist for Stella Miranda’s show, Miranda por Miranda, presented at Sesc Ginástico, Rio de Janeiro, for which he received a Shell Award.

Þ In 2010, he did the music for the show, O Sonho do Cowboy (The Cowboy’s Dream), created and directed by Maicon Clenk for the Beto Carrero World amusement park. He composed the original music for the mini-series, Afinal, o que querem as mulheres? (What do women want, anyway?), by Luiz Fernando Carvalho, which came out in both DVD and CD on the Som Livre label. Commissioned by Funarte, Brazil’s National Foundation for the Arts, he composed the piece, “Sete Vezes” (Seven times), for wind quintet, string quartet, and piano, to premiere at the 2011 Biennial of Contemporary Brazilian Music. He did the music for Maria Camargo’s documentary short film, Se meu pai fosse de pedra (If my father were made of stone), about the sculptor Sérgio Camargo.

Þ In 2011, he created and presented, Blim-Blem-Blom, a weekly children’s program of classical music, broadcast by Rio de Janeiro’s educational radio station, MEC FM. He composed an orchestral suite by the same name, featured as both opening and incidental music for the program. He did the incidental music for the exhibit, O Que É Preciso Para Voar (What’s Needed to Fly), by Brígida Baltar, as part of Rio’s, Oi Futuro project.

In 2012, he was awarded a grant from FAM (the Fund for Musical Support) of Rio de Janeiro's Municipal Bureau of Culture to record a DVD of the piece, Brincando de Orquestra (Playing Orchestra), with the Orquestra Petrobrás Sinfônica.. His composition, Quarteto Circular, included on the CD, “Na Cadência do Silêncio” (released in 2011), was nominated for a Latin Grammy in the BEST CLASSICAL CONTEMPORARY COMPOSITION category. His piece, Desdobrado, for brass quintet, was chosen by the public at the Bienal de Música Brasileira Contemporânea as one of the best presented. He wrote the piece, Melodia partida em três, for oboe, bassoon and piano and dedicated it to the trio, Solter-Justi-Fagerlande, who recorded it on CD.

In 2013, he received the APTR 2012 Award in the  Best Music category for his work on the play, uma vez Grimm (once upon a Grimm). He participated in the project “Ano do Brasil em Portugal”  (The year of Brazil in Portugal) from FUNARTE with the show, “Miranda por Miranda” with Stella Miranda. He wrote the music for the  documentary film, “À queima roupa”, by Thereza Jessourum, which won the Film Festival award of Rio de Janeiro. He wrote music for the TV Globo special,  Alexandre e outros heróis, directed by Luiz Fernando Carvalho, nominated for an Emmy Award. Commissioned by the Ciclo de Ópera Contemporêna de Buenos Aires, he wrote the  music and libretto for his opera, “O Perigo da arte”, presented the following year at the Sala Cecilia Meireles in Rio de Janeiro and chosen by the O Globo newspaper as one of the 10 best concerts of the year.

In 2014 he composed the original music for the telanovela, “Meu pedacinho de Chão”  by Luiz Fernando Carvalho, released on CD by Som Livre. He received a grant from FAM (Support Fund for Music) of the Municipal Secretary of Culture of Rio de Janeiro to build the site for the continuation of the project, “Brincando de Orquestra”. He received Honorable Mention in the category "program for kids" of the 10th International Radio Biennial in Mexico for his radio show, “Blim-Blem-Blom” (broadcast by Radio MEC FM Rio de Janeiro since 2011). He wrote the music for the play, “O pequeno Zacarias”, written and directed by José Mauro Brant, based on the Tales of Hoffmann, again receiving the APTR 2014 award for best music.